During one of his expeditions to Africa, Emil (DL8JJ) encountered the severity of this dreadful Polio desiese first hand.  Little known to the western world, whose citizens falsely believe Polio has been wiped out, this desiese is causing pain and suffering in many 3rd world countries.

In an effort to help raise public awareness of this problem, the JJ-Family will be activating the Contest Station OZ5E, under the special call sign OU0POLIO over the Christmas Holidays. 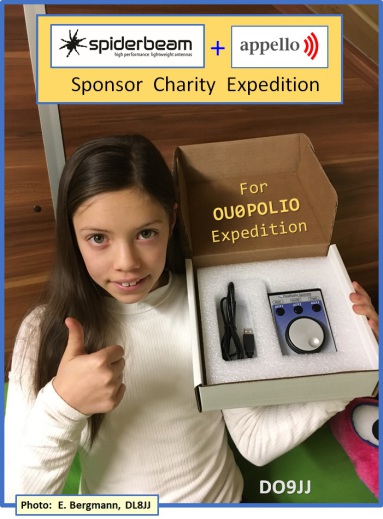 When they heard from Laura's father Emil (DL8JJ) that the JJ-Family would be activating OU0POLIO during the Christmas holidays, Spiderbeam and its daughter company Appello-Funk asked them if they could help their expedition in any way.

Laura told them she did not like tuning their family's FLEXRadio 6300 with the mouse's scroll wheel and said she would like to have a FlexControl - an external VFO knob for the radio.

Appello promptly responded and presented Laura and Germany's famous JJ-Family with a Remote VFO knob for their expedition.

The sponsors wish the JJ-Family great success in their efforts to raise world wide awareness of the on-going Polio problem in Africa and other 3rd World countries around the world. 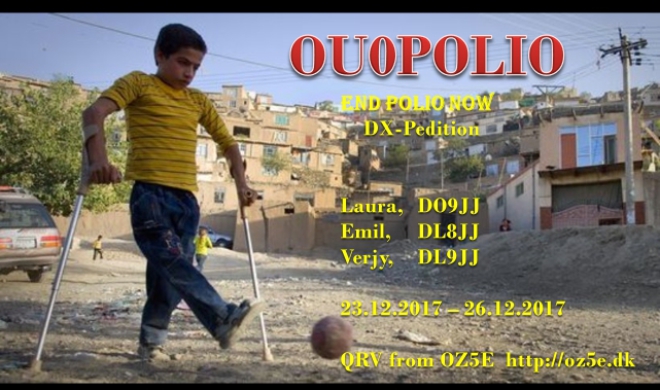 Emil, member of the German Clubstation DL0POLIO, will act as an “Ambassador of Goodwill”, supporting the efforts of Rotary International in creating an awareness on their “End Polio Now” campaign.

OM Emil says “I am thrilled to come to Denmark for this activity. From all the countries that I have visited and activated this year– my heart beats to contribute and do good for others. Rotary’s engagement and effort to end Polio in the world is very dear to my heart. Looking at my daughter Laura, I like for the children of the world, to grow up in a Polio free environment. Please call me …”

For details on the Bergmann family, please see qrz.com or http://www.dl8jj.darc.de/