Down by the River

Down by the river: 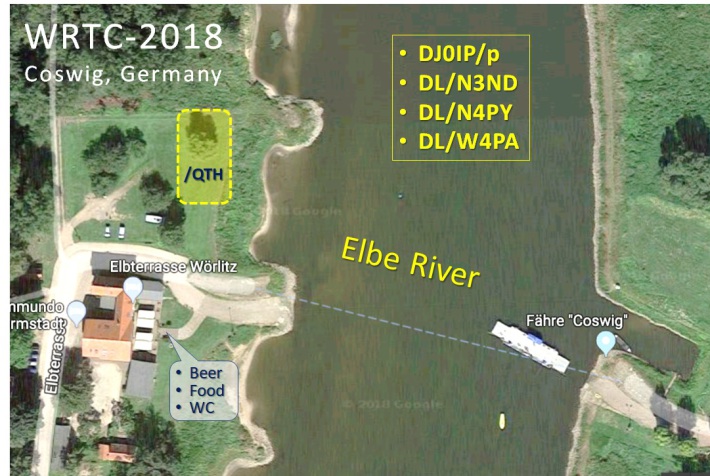 I was accompanied by two good friends:

While we were operating on Saturday, Dan (N3ND) aslo visited us and made a few QSO's. 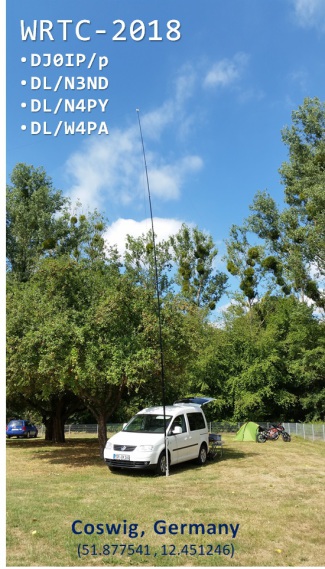 Scott (W4PA) and I had been planning this for 3 years.  When I heard that Carl (N4PY) was also accompanying his son Nate, N4YDY (Y87M), I invited him to join us.

The antenna was erected in less than 15 minutes.  No tools were required.  The station also took about 15 minutes to assemble.

Since the station was powered by a LiFePo battery, no generator was required.

We pre-ordered nice weather and it was delivered to us on time.  It was about 26c (80f), blue skies with puffy-white clouds, and a slight breeze was blowing.  Dream-WX for a Field Day operation!

Were we too far away from

the cluster of WRTC stations

The other three operators operated the Ten-Tec Scout at 30w, mostly CW.

I chose to run the little SKY-SDR QRP transceiver.

Most likely I was the only participant in the IARU contese during WRTC-2018 running a commercial transceiver and a commercial antenna that were his own brand: "Aerial-51".  www.aerial-51.com

Scott did 90% of the operating.

Carl and Dan each made a handful of QSO's.

I was on the air for about 45 minutes each day while Scott took a break.

Scott was only working S&P, looking for the Y8xx WRTC stations.

As I said, our goal was "fun", not die-hard contesting.

SEVERAL of the WRTC Site Crew Members who constructed the site infrastructure, also moved off-site and worked the contest.  I know of at least two who worked the IARU contest using Aerial-51 OCFD antennas.  They were very pleased with their results.

The weather was Picture-Perfect, which contributed big-time to the fun!

In the picture looking up the mast from the ground up, note that you can hardly even see the 404-UL antenna.  This is a nice feature when you have nosey neighbors!  If you re-paint the top half of the pole, alternating the sections light-gray and sky-blue, and the pole is in your back yard, people walking by the front of the house won't even see the pole!

Being the only Platinum Sponsor of the Championship Games,

were seated in the the second row of seats, just behind the WRTC-2018 president, Chris (DL1MGB): 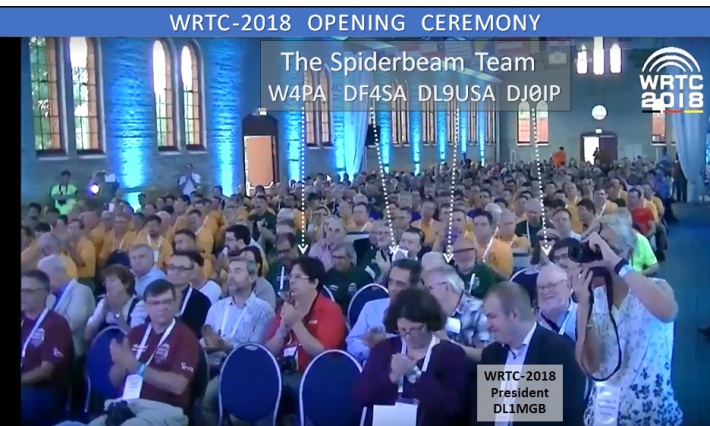 Being the only Platinum Sponsor of the Championship Games,

were seated in the middle of the second row of seats: 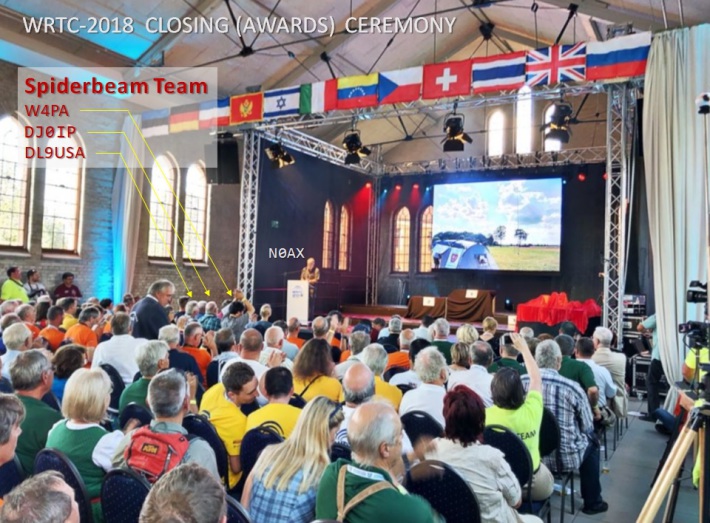 This was really great becasue otherwise we would have been sitting somewhere in the  back: 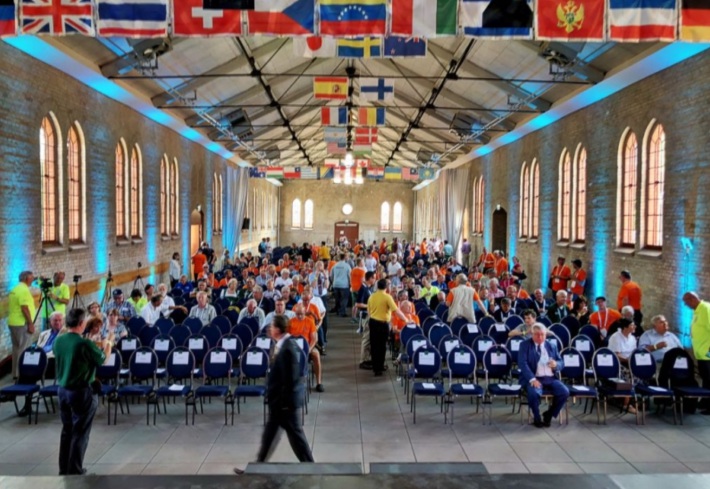 Prior to commencement, sitting all by himself in the front row . . . practicing his speech, is Paul Bigwood, G3WYW  from Yaesu.  Yaesu was the primary sponsor of the event.  Paul's speech was brilliant; it was short and crisp, but also interesting and informative.  PERFECT!