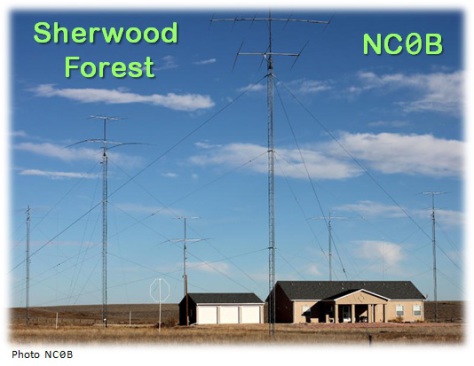 Rob Sherwood, NC0B is one of the world's most recognized  authorities on transceiver performance. Rob began stressing the importance of focusing on receivers' "close in" performance 45 years ago.  His "Sherwood Filters" (today called roofing filters) for the Drake R4C receiver raised the bar for receiver performance in the mid 1970s.

Today, Sherwood Engineering is famous for its "Receiver Test Data", a list comparing older as well as modern transceiver with each other, based on their 3rd order close-in dynamic range (DR3).

RECENTLY ROB HAS SUGGESTED HIS LIST MAY BE MISLEADING PEOPLE, because comparing by DR3 alone does not tell the full story.

On the following pages, Rob sets the record straight on what is important for transceiver performance and explains why several other things are just as important as a radio's Close-In DR3.

This section is a collection of short takes Rob has posted in various online forums and or private emails to me personally.  Of course all of these are posted with Rob's permission.

This contains information on things suchs as:

Many of these characteristics not shown in the list are highlighted by Rob in his full test review of each transceiver.  Please take the time to read the full test review; don't just study the ranking of the radios on Rob's list.

In order to collect the data for his Performance List, Rob had to run extensive tests on each of these radios.  The reviews shown here include ALL of the measured data and usually a page or to of subjective opinion of the radio.

JUST AS IMPORTANT as the data measured in the lab:  The pages of Rob's comments on each radio at the end of each transceiver review!

This section contains a collection of various presentations that Rob has given over the past fifteen years.  Many of them include the original sound track of the presentations, so you can listen to Rob as you browse through his slides.

THE COST OF TRANSCEIVER PERFORMANCE:

This section takes another look at the performance results of the transceivers listed in Rob's Performance List, but adds in the COST FACTOR to the scenareo.

This is only a partial evaluation, as only the purchase price is considered.  Cost Of Ownership (COO) and possible repair costs are not considered.

IMPORTANT:  the cost evaluation in this section was performed by me (DJ0IP), not by Rob.  Where possible I used street prices, mostly taken from Ham Radio Outlet's web site.  Prices for Elecraft and FLEX radios were taken from their respective web sites.  DATE:  15-JULY-2019.