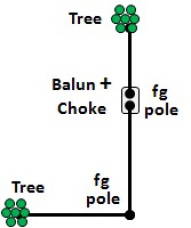 I visited a friend in OKC back in March of 2015 and took him a dual-core 4:1 Guanella balun I had built for his 80m OCFD project.  In addition to the balun, he also has a WIREMAN 8321 RF Choke inserted at the feedpoint.  The OM used my original OCFD design which I had made back in 2011.

His yard was not large enough so he used a couple trees and two Spiderbeam fiberglass poles.

The antenna was erected in a 90 degree angle.

It also seems to work well on 17m when used with an antenna matchbox, but you MUST reduce power so as not to blow the balun.  Limit to 100w when using a 500w balun. 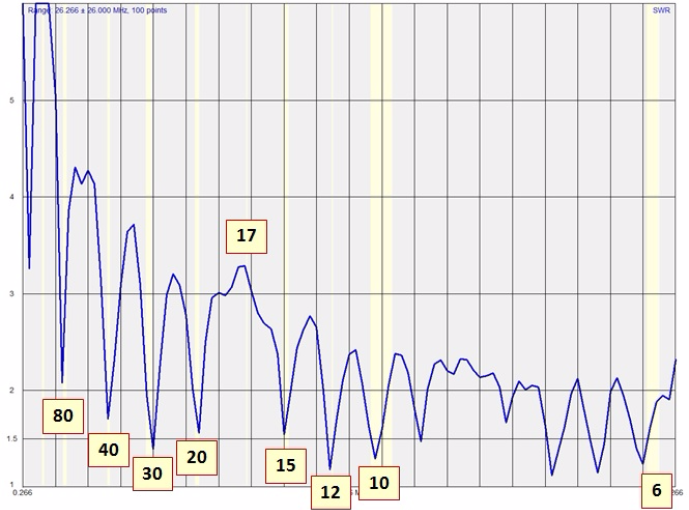 How to create an adjustable bend point:

The picture below show you how to easily insert an insulator anywhere in the wire leg of the antenna without the need for removing the end-insulator.  After inserted, it can easily be adjusted at any time. 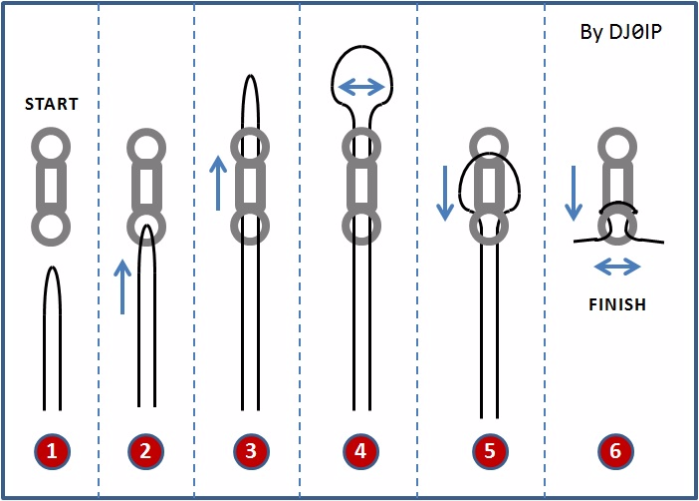 When you are finished, you can adjust the position of the insulator easily by pushing both sides of the wire loop through the bottom hole and then tightening by pulling on just one side.