You can take Rick out of the country, but...you can't take the country out of Rick! 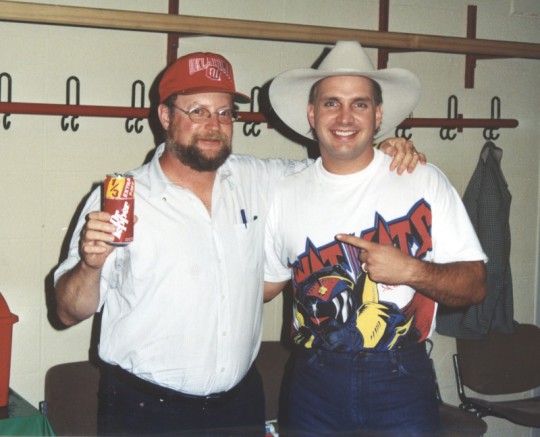 I was back stage with Garth in his dressing room before he gave his live concert in the Olympia Stadium in Munich; must have been around 1994.

My brother went to school with Garth in Yukon, Oklahoma.  I think I knew his mother.    ;-)

And for you folks viewing this who have no clue who these guys are, the good looking one is me, Rick; the other one is Garth Brooks, probably the most successful country western (country rock) singer of all times.