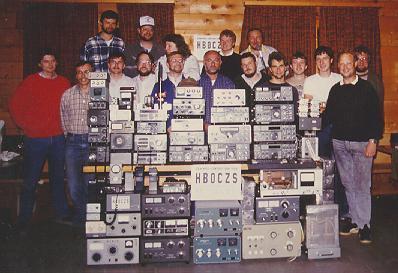 This was one of the earliest contest expedition by the Bavarian Contest Club.

We had lots of equipment but not many high end transceivers.

The amplifiers were also just what we had available; nothing sexy.

This was the expedition that really ignated the Expedition-Flame for us.

30 days later we went to Luxembourg for the CW contest.

We were still logging on paper at that time.

That would soon change.

2 of the operators, DL6RAI and DJ0IP were determined to move the group to using computers. 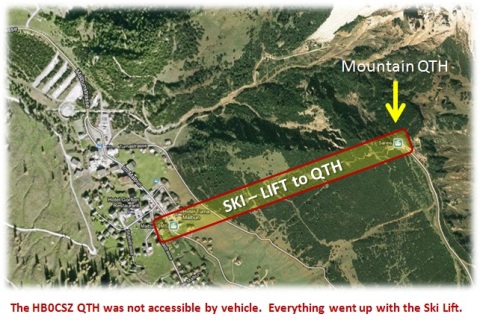 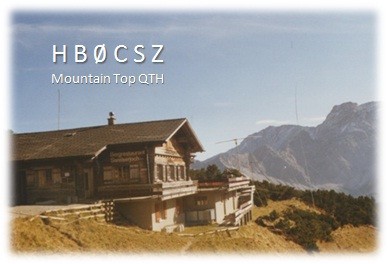 The QTH is correct;  the call sign was HB0CZS

I worked the 80m station, together with Manfred, DK2OY. 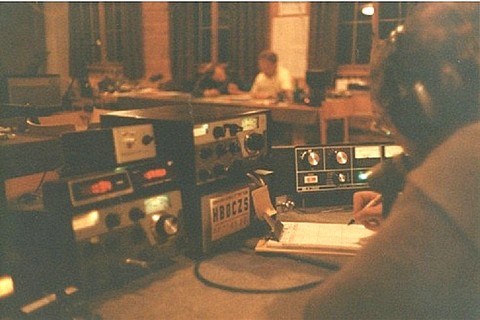 All stations were located in the same big room.

The noise level was similar to that of a train station!

We had a system for synchronizing the Omni with the Drake Line, such that they did not transmit at the same time:  If I wanted to work someone, I would elbow Manfred in the stomach.  By the time he could recover and breath again, I had finished my QSO.  :-)

This was a great antenna the first night, but the next morning it was gone.  In any case, we got a taste of what 160m can be like with a good antenna!

The terrain of our QTH was very dificult to work on, except directly near the lift, where all the beams were placed.  My Delta Loops had to go on the other side of the house.

I wanted to put up separate Delta Loops for 80m and 40m, but that required about 25m of height.  The challenge was to find a way to put up a 25m mast on a rough mountain slope.  Wolfgang, DL5MAE said he didn't think I could do it.

The Bet:  I bet him a case of beer, not just any beer, Gruenbacher Weissbier - the "house beer" of the Bavarian Contest Club.

Altogether I spent about $6,500 to get the material and a means of transporting my loop material to Liechtenstein.

I WON MY BET, and the beer was delivered to the mountain QTH before the contest began.  It was also gone in a heartbeat, with so many thirsty contesters up there!