Tips for Working with Mini-Poles

The two Spiderbeam Mini-Poles have several thin segments near the top.  Mounting the feedpoint (balun) of a dipole is slightly different since there is no clamp between the pole segments.

The following shows one way to easily attach the feedpoint of antennas such as Spiderbeam's Aerial-51 Models 404-UL or 807-L.

[Note: The Model 807-HD is too heavy for use with these Mini-Spiderpoles] 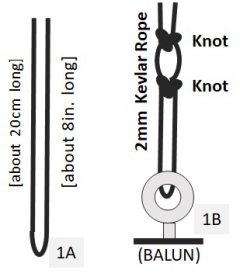 STEP ONE:  Prepare the Attachment Rope

Spiderbeam's 2mm Kevlar Guy Rope is excellent for this, but its 1mm Kevelar Guy Rope may also be used.

Both are strong enough.

The loop will later be inserted in the eyelet of the balun's mounting screw. 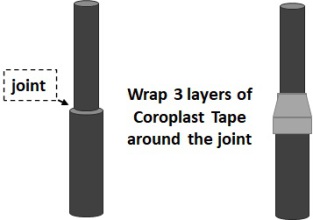 Note:  "Coroplast Tape" is a very special, pressure-sensitive tape which does not use glue to stick to the surface to which it is applied.  It uses self-adhesion.  It does not leave a sticky, gooie residue when removed, like electrical tape or duct tape does. 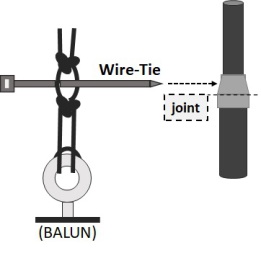 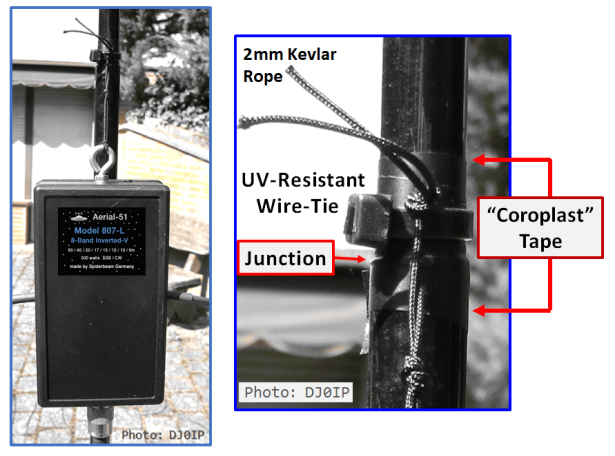 The plan was to erect the 10m Mini Pole with the 807-L mounted to it, leave it up for a few days, then take it down again.

Two days later it snowed.  Then it rained or snowed for 5 more weeks.

During that time the temperature was droping as low as -5C at night and sometimes as high as 10C during the day.

The pole with 807-L antenna stayed up the entire time.

When it finally warmed up (20 C), I took the pole and antenna down.

During the 5 weeks that the antenna was up, the pole never collapsed, despite the fact that I did not use any tapes or clamps on the junctions between pole segments.  However, I did tighten the friction locks as tight as I possibly could.

When taking it down, I was wearing my very thin leather gloves, which assures a non-slip grip on the pole.  The friction locks between some of the segments did not want to loosen; so I used the procedure as described HERE.

However, while using that procedure, I left the pole in place, loosly strapped to the wheel-mount, raised it slightly, then pushed it downwards hard.  The friction locks broke lose first attempt, every time.

IMO, for a typical day-outing, you won't need any clamps and tape is only necessary at the junction where you attach the antenna.